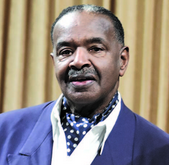 Paul Mooney appeared at Geoffrey’s Inner Circle some 30 or more times over the years. His platform and message were always used to shed a light on the grave racial disparity and economic injustice that has, whether acknowledged or not, plagued this country since its inception. This racially aggressive ideology has also had its tangles in our dear city of Oakland. A disparity study illustrated by Dr. Eleanor Ramsey highlighted the glaring absence of African Americans in the city’s landscape of budgeted allotments for professional services, labor construction and city development. 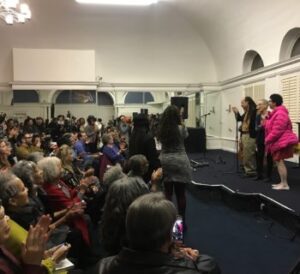 Book release party for Richmond and Berkeley's Betty Reid Soskin, one of the many important cultural events hosted by Geoffrey's Inner Circle over the years

While I applaud Yoshi’s Oakland for reaching their goal in their most recent Go Fund Me efforts, it should be noted that Yoshi’s also received $5 million dollars in assistance from both the City and Port of Oakland to open a jazz entertainment venue at Jack London Square. Geoffrey’s Inner Circle, a live entertainment venue that began at Jack London Square, has been operating for 30 years. This offer was not extended to expand GIC or renovate, nor was it offered to any other Black Owned Business in the entertainment genre in Oakland.

The Fox Oakland was $50 million dollars over budget for its renovation project and most recently left the City of Oakland with a $78 million cost overrun.

When an African American Development Firm entered a bid on the Oakland Auditorium/ Kaiser Center, the city gave a white developer the contract and $12 million dollars in naming rights. This deal in its origin should not have had any monetary exchange whatsoever, naming rights included. The aforementioned developer has additionally secured a 99-year lease that will cost him a hefty $1 dollar. He will also receive tax credits to the tune of a $20-$40-million-dollars in subsidies. Go fund me has a different ring to it if you are non-black and vending with the City of Oakland it seems.

We will ultimately be successful in our efforts to reach the goal of our fundraising campaign but will also ensure that the native Oakland community of African Americans will receive equal assistance and opportunity in this city.

Thank you in advance for your support! 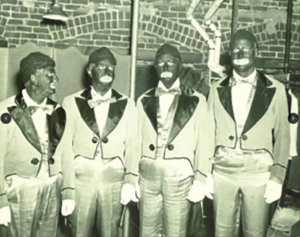 Several years ago when writer MarvinX Jackmon and I asked Mayor Libby Schaaf and Councilmember Lynette Gibson McElhaney to name the downtown business district in honor of the historic Black achievements, Black Newspaper, Black Businesses, Art Galleries, Black Museum, Government Buildings, Arts and Entertainment venues, I asked the Mayor to make sure that Geoffrey’s Inner Circle would receive the same financial support and grants that the Fox Theatre and the Oakland Auditorium were receiving. I reminded her how I as the former director of OCCUR, had led a group of historical preservationists to save the Fox from a demolition wrecking ball, she said she liked the Malonga Arts Complex instead. We at the Oakland Post support Geoffrey’s Go Fund Me appeal with a $1,000.00 donation and my wife Gay Plair Cobb and I urge others to join us either in-kind or with at least the donation of a “Tubman” ($20.00 bill). Geoffrey’s ironically was the original home of Oakland’s white power structure. (We have included a photo of how those White wealthy leaders often met and entertained themselves by adorning themselves in Black Face at the former Athenian Nile Club ( now Geoffrey’s). And now that the same establishment is represented by the face of a Black man, his establishment is being whitewashed with neglect.

Getting Ready For the Inner Circle Grand ...