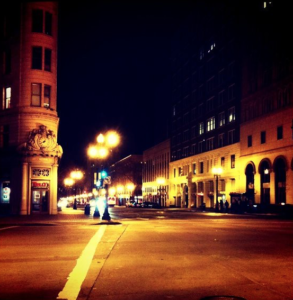 Nightlife in downtown Oakland was severely impacted by the COVID pandemic shutdown.

Oakland, like many major U.S. cities, has been severely impacted by recent unprecedented events. The COVID-19 pandemic leads the procession of crises that have shaken the city’s economic foundation and uprooted individuals, communities and businesses.

Arguably, one of the industries hit hardest has been that of arts and entertainment as those venues have been shuttered for well over a year.

Their ongoing mission is to explore, identify and make strategic investments and create foundational opportunities that promote job creation and sustainable, generational wealth-building in Oakland’s African American community. The principals of OBC have logged well over 200 combined years of show-biz experience.

With the development of five-year and long-term strategic plans in the works and extraordinary relationships in the African American media, small business, sports and community sectors, OBC is not only positioned to pilot the return of arts and entertainment to the city but to restore it to the front and center placement it formerly enjoyed in Oakland. 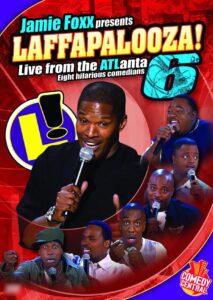 Lionel Bea of Bay Area Productions, has been Oakland’s and the Bay Area’s leading African American concert promoter for more than three decades. Producer of the famed Stone Soul concert series and the Black Comedy Explosion, he has promoted concerts and tours by A-list artists such as Jamie Foxx, Beyoncé, Stevie Wonder and Earth, Wind & Fire. 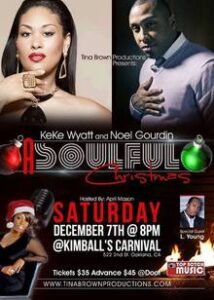 Kyle Newport has been a strategic advertising and live event marketing professional for more than 30 years. He has served as an artist manager, tour manager and promoter representative. He has worked closely with artists such as: Frankie Beverly, Will Downing, Charlie Wilson and Cedric The Entertainer.

For several decades, Mr. Pete has been involved in direct political action to advance the cause of education and economic empowerment for African Americans. On his OBC membership Mr. Pete comments, “One God, one aim, one destiny.”