Geoffrey Pete, the owner of Geoffrey’s Inner Circle, has been providing a space for Black music performers to show off their talents at his Oakland club for decades. A rich lineup of local acts including Tony! Toni! Toné! and Too $hort have graced the stage at Geoffrey’s current downtown location on 14th Street since it opened 20 years ago. 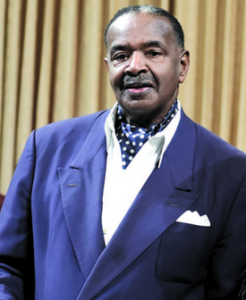 But like a lot of other venues in Oakland that rely on live shows for revenue, Geoffrey’s Inner Circle has been shuttered since the start of the pandemic last spring. For Pete, it’s a crisis that seems “tailor-made” to wreak havoc on venues like his. “A textbook case,” he said, “of how to shut down a business for good.”

Pete is now hoping to avoid that fate with some help from a new federal COVID relief program for live entertainment venues like Geoffrey’s, which have had to close or lost major revenue during the pandemic. The Shuttered Venue Operators Grant Program, which launched today, will provide over $16 billion in small grants to such businesses in Oakland and across the country.

Those eligible to apply include live venue operators and promoters, theatrical producers, museums, zoos and aquariums, movie theaters, and talent representatives. To qualify, businesses must have been in operation before February 29, 2020. A complete list of application requirements can be found here.

Grant amounts will be determined by a business’s annual revenue, and individual awards will not exceed $10 million. Of the total $16 billion, $2 billion is being set aside for businesses with 50 or fewer employees.

The emergency grant program was established under the Economic Aid to Hard-Hit Small Businesses, Nonprofits, and Venues Act, also known as the “Save Our Stages Act,” which was enacted by Congress late last year to help struggling entertainment venues.

Grants will be awarded to businesses in order of greatest need. Priority will be given to venue operators that suffered revenue losses of 90% or greater between April and December 2020 due to the COVID-19 pandemic, followed by those that lost 70% to 89% of their revenue. Businesses that lost 25% to 69% will then be considered.

Applicants will be asked to provide a written statement of need, along with corporate documents such as a certificate of existence, a government-issued photo ID from the business owner or primary officer, and a list of employees. Nonprofit businesses must show proof of their tax-exempt status. A complete list of required documents can be found here.

If he’s awarded a grant, Pete plans to use the funds to do what he’s always done—use Geoffrey’s Inner Circle to put a spotlight on Oakland’s Black musicians and culture-makers. “We have produced a music culture that’s unequaled,“ Pete said. “You’d want to try at all costs to keep that culture alive.”