Posted from The Gold Nugget —

Jason Kidd was one of the most decorated recruiting prospects to come out of the Bay Area in the 1990’s. Despite receiving a vast amount of scholarship offers from other prestigious universities, Kidd decided to stay home and to play for Cal. What followed was a fascinating journey in basketball which saw him build a Hall of Fame career in the NBA. This is his story. 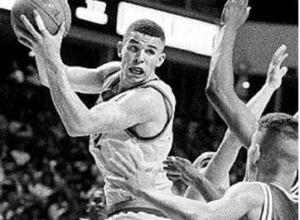 Jason Kidd was born on March 23, 1973 in San Francisco, California. His family moved to Oakland when he was young and Kidd spent his time searching the city courts for a game. He went to St. Joseph Notre Dame where he starred in basketball, winning back to back state championships to end a stellar prep career. In addition to those championships, he was twice named a first-team Parade All American, twice named California Mr. Basketball and was named the Naismith Prep Player of the Year following his senior season. After averaging 25 points, 10 assists, 7 rebounds and seven assists his senior year, Kidd accepted a scholarship offer from the UC Berkley Golden Bears. 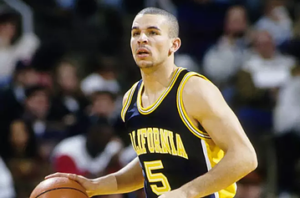 Jason Kidd started his collegiate career hot, setting school records for assists (220) and steals (110) in a season. He was named the Pac-10 Freshman of the Year and led the Golden Bears to the NCAA tournament where they upset two-time defending national champion Duke in the second round. They would lose to Kansas in the Sweet 16.

Kidd was even better as a sophomore, averaging 16.7 points per game, 6.9 assists, 3.1 steals and 9.1 assists. He broke his own record for most assists in a season with 272. He earned first-team All American honors and was named Pac-10 Player of the Year. He led the team to another NCAA tournament where they lost to Wisconsin-Green Bay in the first round. Following the season, Jason Kidd decided to forgo his final two years of eligibility and declared for the 1994 NBA Draft. At the conclusion of his collegiate career, his jersey number was retired by the school. 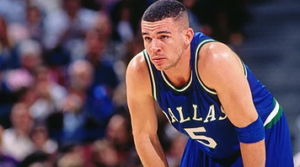 Jason Kidd was selected second overall in the 1994 NBA Draft by the Dallas Mavericks. He played well that first year, starting nearly every game and averaging 11.7 points per game. He led the league in triple doubles and was named NBA co-Rookie of the Year with Grant Hill. He was named an All Star the following year after averaging 16.6 points, 9.7 assists and 6.8 rebounds. Despite his rising star, the NBA has and always will be a business. The Mavericks traded him to the Phoenix Suns during the 1996-1997 season. 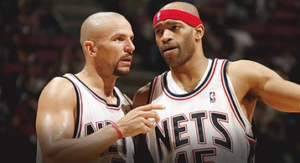 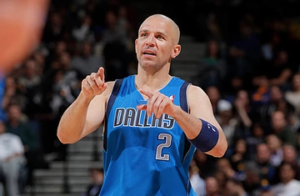 The summer before this first full year back in Dallas, Kidd made the Olympic team and won the gold medal with Team USA in Beijing. After going to three straight All Star Games, Jason Kidd struggled in his first full season back with the Mavericks. He returned to form in the 2009-2010 season when he averaged 10.3 points, 10.6 rebounds and 9.1 assists.

Kidd teamed up with Jason Terry, Tyson Chandler and Dirk Nowiski to help the Mavericks beat the Miami Heat in the 2011 NBA Finals. At the age of 38, Jason Kidd was finally an NBA champion. His skills declined over the final two years of his career, averaging 6.1 points per game until retiring as a New York Knick in 2013. He retired as a 10-time All Star as well as a champion and he was inducted into the Naismith Memorial Basketball Hall of Fame in 2018. 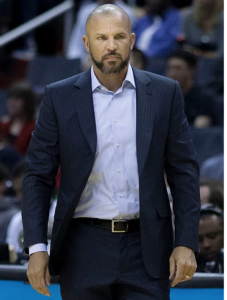 Jason Kidd had a whirlwind start to his retirement. He was hired as the Brooklyn Nets head coach in 2013 and subsequently bought a minority stake in the team from the rapper Jay-Z. He was suspended the first two games of the season for a DWI conviction the previous year. Initially, he struggled to control a veteran group that included Kevin Garnett, Paul Pierce and Joe Johnson. Things started to turn for the better in January and March of 2014 when he was named the Eastern Conference Coach of the Month. After defeating the Toronto Raptors in the first round of the playoffs, Kidd’s Nets lost to the Miami Heat, ending his rookie season as a coach.

In a rare move, the Milwaukee Bucks traded two second-round draft picks for Kidd to be their new coach. His tenure in Brooklyn ended badly as he stated that he never felt wanted nor did he feel like the organization truly wanted to build a contender. Brooklyn fans loathed him for those comments and they booed him mercilessly when he returned with the Bucks on November 19, 2014. Kidd had the last laugh and defeated his former team in triple overtime 122-118.

The Bucks were on the rise throughout Kidd’s time in Milwaukee. In his first year they drafted Giannis Antetokounmpo, the cornerstone of their franchise and a future NBA MVP. In his first year, Jason Kidd finished third in the NBA Coach of the Year voting behind Mike Budenholzer and Steve Kerr. 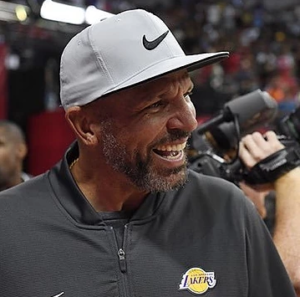