Home›Paul Mooney›Paul Mooney was an elusive figure, but his influence was far-reaching

Paul Mooney was an elusive figure, but his influence was far-reaching

There will be no shortage of people eulogizing Paul Mooney. People who worked with him, people who actually knew him and, certainly, people who are way funnier than me. 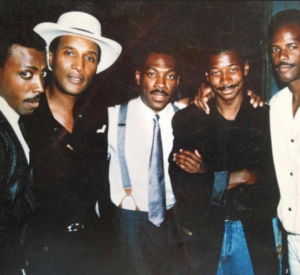 Mooney worked with the best of the best. It was every comedian’s dream to work with him, and every comic who actually did knows they’re just a little bit more special than the rest of us. If Mooney wasn’t your favorite comic, your favorite comic is probably saying something about what Mooney meant to them. Born Paul Gladney in Shreveport, Louisiana, he worked with the likes of Redd Foxx and Spike Lee. He discovered Robin Williams and Sandra Bernhard. He defined Black television as a writer on Sanford and Son, Good Times, In Living Color and Chappelle’s Show. And, of course, there’s his work with Richard Pryor.

If you read Mooney’s autobiography, Black is the New White (2010), there are plenty of stories about his time with Pryor. So much so, you almost wonder how Mooney manages to remain elusive in the story of his own life. There was something about his status as a behind-the-scenes person that made him even cooler to every up-and-coming comic trying to define their voice. When most would go on and on about Pryor being their favorite comic, there was an acknowledgment that you were just a little more in the know if you replied with, “I’d say I learned more from Mooney, actually.” Sure, Pryor is funny, but have you studied the guy who wrote the things he said?

Despite this level of acclaim, it’s difficult to find Mooney’s sets. Following the news on Wednesday that Mooney died of a heart attack at 79, I rushed to the major streaming networks to see which specials were available. There was nothing. If you cobble together the right subscriptions, you can see 2012’s A Piece of my Mind or 2002’s Analyzing White America, but there isn’t a definitive Raw-level set you can access with ease from the height of his career to say: There, that’s exactly who Paul Mooney was.

Instead, you’ll see a list of the movies and comedians he created. He was never given the chance to shine on that level in anything that got major distribution. Some would say that’s because he refused to play the game. White critics called him defiant and difficult, as though he were selfish for not adapting to their gaze. 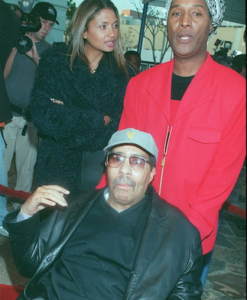 Before ending the joke, Pryor reminds everyone that Mooney wrote most of the jokes everyone onstage said. It’s why trying to paint him as selfish fails to take into account the depth of a man who happily shared his best jokes with those who deserved them. According to his autobiography, seeing other comedians succeed gave Mooney almost as much joy as receiving the laughs and adoration himself. It isn’t that Mooney wasn’t willing to work with others, he just had to be sure you were worth working with because he knew what he was worth. It’s why fans know exactly where to find their favorite Mooney clips and one-liners even though he failed to receive mainstream support. It’s the greatest evidence that what kept Mooney back wasn’t his reluctance to adapt to white audiences, but his willingness to play with their discomfort for the entertainment of Black ones. This was inherent to Mooney’s structure.

To write for the funniest man in the world, you need an incredible understanding of joke writing, structure and, well, you need to know what’s funny. He thought Pryor was annoying and childlike when he met him, but he also saw talent. He had a way of seeing the possibility in people: performers and audiences. 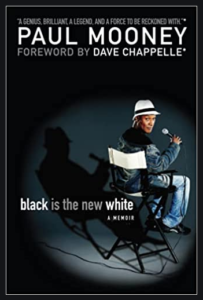 The jokes he wrote and performed asked you to think bigger, to question what you thought you knew. Maybe we can never really know him, but we knew what he wanted from us and that was to be better. Be the funniest, be the smartest, know yourself and you earn the right to say whatever you want. He could never pay mind to notions like “cancel culture.” He was Paul Mooney. He was never with “the culture” to begin with. He got his start in entertainment as a dancer and ringmaster in the circus. I think Mooney cared more about creating spaces that entertained those who were rarely accepted.

And frankly, it’s OK that no mainstream network or streamer rushed to broadcast Mooney’s message. While most comics require a full special to get their message across, I can safely say a single Mooney joke could change your way of thinking. Like most comedians, I was a nerd in middle school who spent my weekends devouring Comedy Central specials. In the early 2000s, that mostly meant a schedule full of white comics. They were amazing comedians who made me love comedy, but their success made the limits for aspiring Black comedians abundantly clear. Then, I saw the infamous Ask A Black Dude sketch on Chappelle’s Show and heard the single Mooney line that would change me: “Everybody wanna be a n—a but don’t nobody wanna be a n—a.”

Of course, this is now one of his most famous quotes, and for good reason. It summarizes everything that was great about Mooney as a comedian and writer. It is an uncomfortable truth turned into a catchphrase. If its delivery or message upsets you, Mooney’s grin after delivering it knows it’s supposed to. It’s a joke that immediately raises the stakes: Either you can repeat it or you can’t. And if you can’t, you also know why. He follows that up with a, “Let’s have that conversation!” A signifier that the conversation has both already been had and he’s tired of it, but one he knows most of Chappelle’s white audience isn’t ready to have. It is a line that drips with wisdom, playfulness and simplicity. 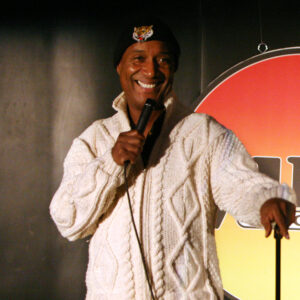 The first time I heard it, I stood up. When I heard that line, I realized I could use race and discomfort to do more than get laughs, but to make a point. Rather than sugarcoat, I could, like Mooney, instead coat my jokes in Blackness. I’ll forever be thankful for that lesson. That will be one of Mooney’s greatest legacies, and I think he’d want it that way.

He’s a comedian to be studied. He created his own mechanics around joke writing and delivery. He was someone who chose to never cut himself down or dilute his voice.

It’s a rare voice that can write for others yet stand out so defined on its own. Unlike Pryor and Williams, we’ll probably never know Mooney with as much intimacy. There’s something about him that will always stay behind the curtain. I think he’d want it that way, too.

What he did want us to know is in the material. The conversations he wanted us to have will be seen in the acts of generations of comedians. Beyond a short-lived talk show or sketch show, that’s the legacy Paul Mooney focused on defining.

Ashley Ray-Harris is a Los Angeles-based writer, comedian and host of TV, I Say. A frequent tweeter (before she was suspended) and podcast guest, her work has been covered in The Chicago Tribune, Vulture and The New York Times.