It is a fact of American life that when African Americans dominate the landscape in a particular endeavor, they often find that the rules are suddenly changed midstream in order to make it more difficult for them to compete. But more often than not, Black finds a way to squeeze through the cracks and rise to the top again.

After basketball giants Bill Russell and Wilt Chamberlain emerged with a new brand of height and athleticism to block opponents from scoring beneath the basket, for example, the rule book was changed so that defenders could stay in the lane no longer than three second at a time. And when UCLA’s Lew Alcindor—later changing his name to Kareem Abdul Jabar—dominated his NCAA rivals with thunderous slam dunks, the NCAA outlawed dunking in college basketball. For years, the conservative old National Basketball Association tried to limit the effect of “street-style basketball” (a code word for the type of ball Black players excelled in) from the professional courts. But then came the popularity of the brash new American Basketball Association, with its three-point shot and wild Afros and wide-open play, and the NBA was forced both to merge the ABA teams into its ranks but also to adopt the ABA (read “Blackball”) playbook. And despite the roadblocks put in their way, Russell, Chamberlain, and Abdul Jabbar are universally recognized as three of the top basketball players in professional basketball history. In fact, with the sole exception of Larry Bird of the Boston Celtics, the NBA’s top tier of ballplayers is dominated by African American ballers.

As it is in basketball, so it was in California politics, at least when it came to former California State Assemblymember and California House Speaker Willie Brown of San Francisco.

For years, Willie Brown had a strangehold on the office of the California Speaker of the House that even for a brief time when Republicans achieved a majority in that body, Brown was so astute at political maneuvering that he was able to turn two Republican Assemblymembers to his side and keep his speaker’s office, along the way becaming the longest-serving Speaker in the history of the California State Assembly.

Once in the middle of his tenure, when asked during an interview with Gentleman’s Quarterly magazine who would likely be his successor as Speaker of the Assembly,  Willie Brown quipped, “That entity is in kindergarten” or, on second thought, “not yet been born.” 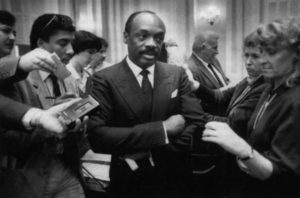 Unable to vote Willie Brown out of the Speaker’s chair, and unable to find any candidate strong enough to oust Brown from his San Francisco-based Assembly seat, California Republicans and conservatives decided that the only way to get rid of Willie Brown was to completely change the way California Assemblymembers are elected. Before Willie Brown, voters could put in a particular Assemblymember for as long as they wanted to, year after year. But to get rid of Willie Brown, California Republicans and conservatives convinced California voters to approve “term limits,” meaning that voters could only choose a particular member of the California House or Senate for a set number of years, and then they were forced to choose someone else. When Willie Brown came to the end of that imposed term limit, he had to leave the Speaker’s seat, and the California State Assembly, and move on to have a successful career as mayor of the City of San Francisco.

But we still have the brilliant history of a man like former Assembly Speaker Willie Brown to show us how we thrived when such restrictions were not in place, and in politics, as we did in sports, we are still working to find our way through the cracks. 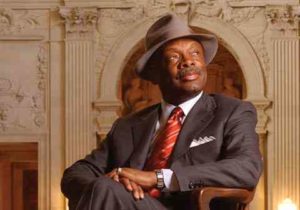