Paul Mooney, the comedian, actor and writer for Richard Pryor, died on Wednesday morning, his representative Cassandra Williams confirmed to Variety. He was 79.

He died at his home in Oakland, Calif., after suffering a heart attack.

Mooney’s Twitter account also shared the news on Wednesday morning, posting “Thank you all from the bottom of all of our hearts…To all in love with this great man.”

Thank you all from the bottom of all of our hearts ...you’re all are the best!...... Mooney World .. The Godfather of Comedy - ONE MOON MANY STARS! .. To all in love with this great man.. many thanks🙏🏾

Mooney served as the head writer on “The Richard Pryor Show” and co-wrote some of Pryor’s material on several of his comedy albums and his “Saturday Night Live” sketches. Mooney also wrote for “Sanford and Son,” “Good Times,” “In Living Color,” “Pryor’s Place,” “The Larry Sanders Show,” “Chappelle’s Show” and BET’s reality TV parody show “Real Husbands of Hollywood.” 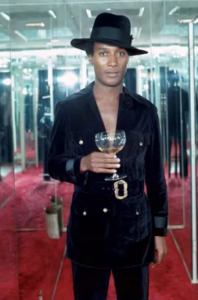 In addition to his stand-up comedy, Mooney appeared in movies like “The Buddy Holly Story,” where he played Sam Cooke; “Bustin’ Loose”; “Hollywood Shuffle”; Spike Lee’s “Bamboozled”; and most recently “Meet the Blacks” in 2016.

On Dave Chappelle’s Comedy Central show, Mooney played the recurring character Negrodamus, a Black version of the philosopher Nostradamus who specialized in answering questions like “Why do white people love Wayne Brady so much?” (Answer: “Because Wayne Brady makes Bryant Gumbel look like Malcolm X”).

In 2007, he published a memoir titled “Black Is the New White,” in which he discussed his relationship with Pryor and some of his most iconic and controversial comedy sets.