Home›Oaktown Sound›Larry Graham: A One In A Million Oakland Entertainer

Larry Graham: A One In A Million Oakland Entertainer 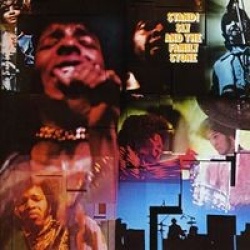 Graham Central Station was a showcase for the revolutionary pop-and-slap bass guitar of Larry Graham, an alumnus of Sly & the Family Stone largely responsible for originating the percussive groove which typified the progressive funk sound of the '70s. Born August 14, 1946 in Beaumont, Texas, Graham was raised in Oakland, California; by his teens he was adept not only on bass but also guitar, harmonica, and drums, and at the age of 15 began performing with the Dell Graham Trio, his mother's lounge act. While attending college, he served as a supporting musician with the likes of John Lee Hooker, Jackie Wilson, Jimmy Reed, and the Drifters; in 1968 he joined Sly & the Family Stone, appearing with the group during the halcyon period which gave rise to such classic albums as Stand! and There's a Riot Goin' On, as well as smash singles like "Dance to the Music" and "Everybody Is a Star," both of which prominently feature Graham's cavernous baritone in addition to his enormously influential thumping bass style.

With 1977's Now Do U Wanta Dance, Graham Central Station scored another R&B smash with the title track; by the release of 1978's My Radio Sure Sounds Good to Me, Graham's wife Tina had signed on as a vocalist, but pop crossover success remained elusive, and after Star Walk the following year, the group disbanded. Graham then turned solo, moving from funk to soulful ballads; his debut effort, 1980's One in a Million You, reached the Top 30, the title track becoming a Top Ten hit. 1981's Just Be My Ladyyielded another hit with its own title cut, while 1982's Sooner or Later was also successful. However, after 1983's Victory, Graham's career took a downward turn, with 1985's Fired Up released solely in Japan. Aside from 1987's "If You Need My Love Tonight," a minor hit duet with Aretha Franklin, he was largely out of the public eye in the years to follow, instead working as a songwriter and sideman. 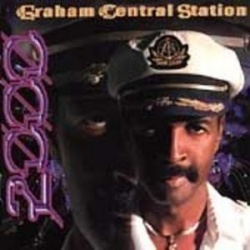 By the early '90s, Graham was leading Psychedelic Psoul, a nine-piece band which toured with comedian/singer Eddie Murphy; he also toured with the Crusaders. Following Sly & the Family Stone's 1993 induction into the Rock & Roll Hall of Fame, he re-formed Graham Central Station, eventually bringing into the fold former Family Stone bandmates Cynthia Robinson on trumpet and Jerry Martini on saxophone. Throughout Graham's lean years, one of his most vocal supporters remained the Artist Formerly Known as Prince, who readily acknowledged the influence of GCS not only on his music but also on his flamboyant stage show; by 1997, Graham Central Station was ensconced as the regular supporting act on Prince's extended Jam of the Year tour, with the group also issuing a Japanese album titled By Popular Demand. Sessions with Prince at Paisley Park yielded GCS 2000 (1998), released during Graham's stint as the purple one's bassist. While he wrote and toured on and off for several years, he didn't release another album with Graham Central Station until 2012, when Raise Up arrived on the Moosicus label.

Keshia Cole, Our Homegirl With Soul