To understand the significance of Geoffrey's Inner Circle is to examine, Africa’s story, our-story and history.

Why is this important and what does this have to do with Geoffrey's Inner Circle? 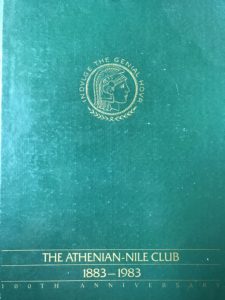 Geoffrey's Inner Circle was previously owned and operated by one of the bay areas largest all white male exclusive private membership club - the Athenian Nile Club. A club where politicians and power brokers closed back room deals over handshakes and three martini lunches.

The Athenian Nile Club was a merger of the Athenian and the Nile Club, April 28, 1915, with a membership of six hundred seven members. The social club provided its membership with an interior modeled to resemble the African Temple of Ausar (Osiris). In keeping with the African Egyptian theme inspired the naming of the club. Its membership composed of leading professional and businessmen in east bay.

The formation of the Athenian Club followed a tradition long observed in Europe as a result of native Mediterraneans coming in contact with Nile Valley Civilization. It is now well documented that Athens was an African colony 400 B.C. A transition period flowed with numerous invasions into North Africa resulting in the Pytolemy periods that followed the Dynastic periods (Black family ruled). Political upheaval brought this civilization to an end with the closing of the last African Temple. This began the traditions of the Masonic lodges…Freemasonry…notably in the U.S. as in Europe -sworn to secrecy. Social affiliation existed in Greek and Roman times and in modified form continued through the guilds in the Middle Ages.

Early southern Europeans traveled into Africa encountered a civilization already centuries old while Europe was in its infancy. Herodotus and many other Europeans wrote testimonies about the highly cultured black Africans, Ethiopians, Twa, Bantus, Kushites, Nubians... Those Africans who called the land KMT or Kemet (black people of the black earth). Cities with names like Ta-Seti, Meroe, Punt, Kush, Numidia, Khart-Haddas, Summer, countless from one end of the Nile River to the other. 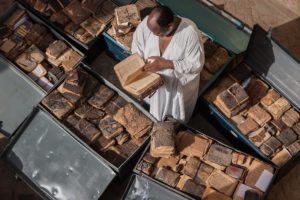 They found people who not only wrote text but had entire universities and libraries filled with their interpretations on the "fundamental teachings of salvation." African sacred texts represented their original and authentic philosophical speculations on life and death, truth and justice, social order and chaos, happiness in eternity, the beyond , the emergence of matter. Papyrus scrolls documenting Sirius B star system, astronomy, literature, architecture, sciences, biology, psychology, medicine, ethics, poetry, advanced mathematics, Africans following strict standards and long tradition of furniture making , smelting, navigation, geology, metallurgy, theater, agriculture, sculpture, engineering, wrestling, (we know they had music, instrumentation and dance). A rich culture and tradition in place for thousands of years, documented by dynastic genealogies caved into stone, painted upon the walls and ceilings-visual reminders and edification. Their most important objective "The Deification of Man"-they built for eternity the Great pyramids coated with limestone and crowned with gold.

Socrates, spent 22 years a student of the ancient African secret mystery schools. When he returned to Europe his countrymen sentenced him to death, forced him to drink poison. 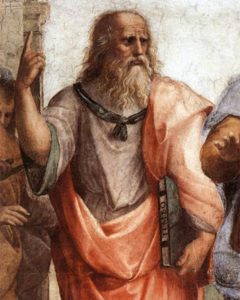 One of his students, Plato made his way into Africa to drink from the well of wisdom, along with Pythagoras, Heraclitus, Democritus, brother Herodotus... Students of Greek and Latin became familiar with the ancient African scholars, the priesthood, the initiations, the culture (look at the toga!) They formed guilds, lodges, Masonic brotherhoods. In America Benjamin Banneker was commissioned to design the capitol of the United States in Washington D.C. His designs resemble the 18th dynasty mortuary temple of Pharaonic Queen Hatshepsut.

The statue of Abraham Lincoln was designed in the spirit of the African engineers that constructed statues of their pharaohs. By the way, take a good look on the back of the one dollar bill!

The young city of Oakland was no exception to this.

The notion of gathering of people into social and professional organization represented to them an important force. "The sum of thought in existence at any time is something more than any thought that exists in the head of any individual; it is something to which many minds contribute, and which yet may be for many purposes a real unity..."

With Oakland's economic base more secure and social fabric woven into recognizable pattern of fraternal and maternal organizations the birth of the Athenian Club came to be April 14, 1883. A second "gentlemen's" social club was organized in Oakland September 26, 1896. The two clubs, Athenian and Nile, co-existed in Oakland close to nineteen years. In 1915 however it was felt that the city was ready for one large club which would equal the prestigious Bohemian Club in San Francisco. 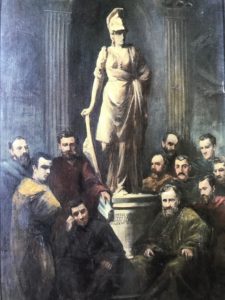 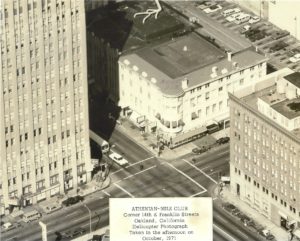 Members of the Athenian Nile Club studied the history of Egypt (Kemet) hence the name Nile River . To them "the great river of life was the basic source of life-sustaining water." It became an object of worship and deep appreciation. A phrase that was often recited at Athenian Nile Club events:

Adoration to the Nile!
Hail to thee, O Nile!
Who manifests thyself over this land
Who cometh to give life to Egypt!
Mysterious is thy issuing forth from darkness
On this day wherein it is celebrated!
Watering the orchards created by Ra
To cause all the cattle to live
Thou givest the earth to drink,
O inexhaustible one !
Loving the fruits of Seb
And the first fruits of Aapera
Thou causest the workshops of Ptah to prosper

Mr. Geoffrey Pete acquired the club in 1993 when the aged and dwindling membership of the once affluent Athenian Nile Club decided to sell it. The building was the best kept secret in Oakland.

The bar was brought from the Bankers Restaurant San Francisco bistro. It travelled across the Bay to the Club's present location after extensive use during the 1915 World's Fair in San Francisco. When the sideboard room was remodeled in 1951, many obsolete fixtures were removed but the back bar was renovated and provided a place of prominence. 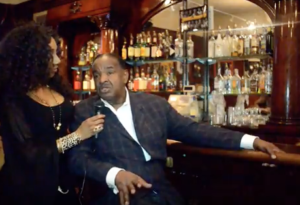 Walter J. Mathews (architect) designed and supervised the construction of the building. The old club graceful, elegant, built to last for decades and decades. If only those walls could talk, what secrets would they reveal. Shall we take a journey into history...better still photographs of Club pastime tradition. To celebrate its 70th Anniversary party, 1953, Athenian Nile Club.hosted a sumptuous dinner and minstrel show. Yes, a minstrel show in Oakland. It's members were entertained by musicians and singers dressed up in black face. The event was held in the ballroom, complete with a 6' x 10' slice of watermelon that served as the stage backdrop. The event was directed by Mildred Lane Barr, Oakland City Attorney Hilton J. Melby was the interlocutor and Lyule Vincent the soloist. Present were the board of governors of the ANC, Harvey H. Bechtel, Hilton Melby , Bauer Kramer, Harold Lorentzen M.F. Hallmark, James Freeman and John O'Shea. 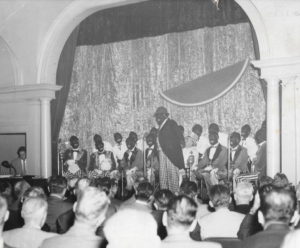 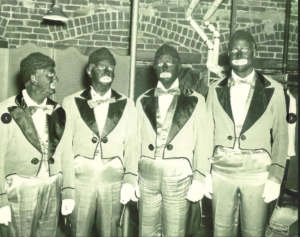 In keeping with the old tradition, "In the name of friendship, good will, progress, peace and prosperity, Congratulations Mr. Pete. Long live Geoffry's Inner Circle!"

The Story Of Lenny Williams