Voting with your pocketbook is one of the best ways to effect change in a capitalist society.

The U.S. is home to roughly 2.5 million black-owned businesses, according to the Census Bureau. Although the vast majority are sole proprietorships or small-scale affairs, an increasing number have regional reach and national ambitions. Below, we resurface 10 black entrepreneurs who have recently been featured in Forbes and provide a directory of an additional 65 black-owned businesses to support. It is by no means an exhaustive list: We aren’t including numerous high-profile celebrity entrepreneurs like Oprah Winfrey or Rihanna or the many successful black business owners who sell services to other corporations, like World Wide Technology’s David Steward.

These entrepreneurs and owners sell cosmetics, clothing, books, cars and financial products that you can buy. Fewer offer healthcare or consumer tech products, in part, because they lack access to venture funding. If you are interested in learning more about other black-owned businesses, there are a number of apps and directories online, including The Buy From A Black Woman Directory, The Black-Owned Market, Etsy’s Black Owned Shops, Black Enterprise’s Top 100 list, Bank Black and Bon Appetit’s list of Black-owned restaurants. 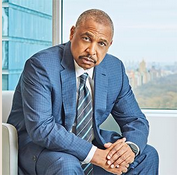 Founded by Maitland in 1995, the $9 billion investment firm is an expert in defensive investment strategies involving convertible bonds, designed to protect against downside while capturing most of the stock market’s gains. The firm’s $500 million publicly-traded closed-end fund, Advent Convertible & Income (Ticker: AVK), is the easiest for public investors to access with no investment minimums, but it carries the most risk due to a leveraged structure. Principally owned by Maitland, whose surgeon father once operated on Dr. Martin Luther King Jr., 55% of Advent’s staff are women and minorities. (For more, see our Forbes magazine feature.) 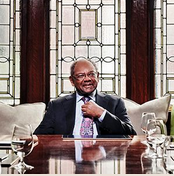 One of the top-performing investment firms in the world, Brown Capital’s flagship Small Company Fund has generated an average annual return of 12%-plus since 1992, about double the Russell 2000 Growth Index. While that fund is closed to investors, Brown Capital has successfully expanded into international small-cap stocks and mid-cap stocks, which are funds anyone can buy. A former T. Rowe Price portfolio manager, founder Eddie Brown started the business in 1983. Now fully-owned by employees, 70% of the fast-growing firm’s workforce are minorities. (For more, see our Forbes magazine feature.) 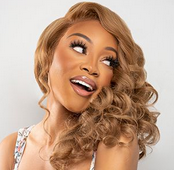 A single mother and breast cancer survivor, Cashmere Nicole founded Beauty Bakerie in 2011 as a new lipstick brand that was vegan, non-toxic and cruelty-free. Beyonce featured the nascent brand on her website, and Nicole (she goes by Cashmere Nicole for business) began marketing her long-lasting lipsticks on Instagram, where it now has 1.2 million followers. Today, Beauty Bakerie has raised $10 million from such investors as Unilever’s venture arm, New Voices Fund and top black execs like Kenneth Chenault (former CEO of AmEx), making Nicole the rare black woman to raise that level of venture funding. “America is at an interesting inflection point,” Nicole says. “Now is a time for everyone to create change and a lasting legacy.” (For more, see our online story.) 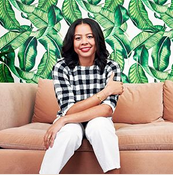 Three years into a stint on the commodities desk at Goldman Sachs, Twine’s mother died in a car accident. The tragedy pushed her to reconsider her career path. Inspired by her mother, a chemist who had developed a natural face cream, and her grandmother, who taught her how to make products with natural ingredients, she spent weekends and nights researching the beauty industry. In 2014, she launched natural haircare brand, Briogeo, that targets customers by hair texture (wavy, coily, dry, thin), rather than ethnicity; it was profitable from the start and revenues grew quickly to $10 million by the end of 2018. It launched internationally in 2018, and is now sold on Sephora shelves around the world as well as through online U.K. retailer CultBeauty. She sold a minority stake in the company to Drunk Elephant investor VMG last year for an undisclosed sum. (For more, see our Forbes magazine story.) 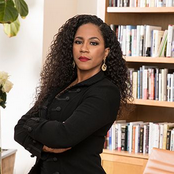 After putting herself through college at California State University Sacramento, Dellinger got an internship, and eventually a job, at Intel. While at the tech giant, she spent nights and weekends on her idea for a natural hair care line. She launched Curls in 2002, bootstrapping the business. Her big break: landing a partnership with Target. Today roughly 80% of the company’s revenue comes from selling many of her 150 products in stores such as Walmart, Bed Bath & Beyond and CVS; the rest comes from online sales. She’s written a book about her journey “from the projects to the penthouse” and had her own TV show on Oprah’s OWN Network—Mind Your Business with Mahisha—helping other women-led businesses reach the million-dollar mark. (For more, see our online story.) 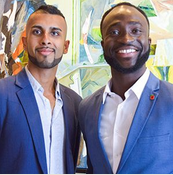 Forbes Under 30 social entrepreneurs, Nigerian-born entrepreneur Wemimo and his business partner Goel co-founded Esusu in 2019. The mobile platform helps individuals mostly from marginalized communities save money, access capital and build credit. Renters typically don’t get credit for making their monthly payments on time; Esusu’s platform has helped change that. It partnered with Equifax in January to use its rent-reporting platform to power credit scores for renters. In May, Esusu launched a fund that provides rental assistance for those most affected by Covid-19. It's since raised nearly $200,000 for the fund. With more than 200,000 users to date, the startup expects revenue to reach $1.2 million this year. (For more, see our online story.) 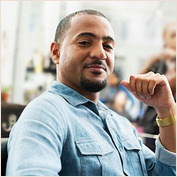 Founded in 2013 by Imira, 39, Mayvenn is a venture-backed digital salon where customers buy human hair extensions and wigs and book appointments with stylists. Mayvenn employs 63 people (81% of whom are people of color) and it directs business to 3,000 black stylists across the country. Since salons have been forced to shut down during the pandemic, Imira has raised $1.3 million in relief cash that he’s giving to his network of stylists. (For more, see our Forbes magazine story.) 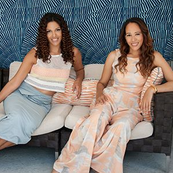 For nearly half their lives, Robin McBride and Andréa McBride-John didn’t know the other existed. The half sisters, who were coincidentally raised in wine regions, in California and New Zealand respectively, met for the first time in 1999. Six years later, they launched their wine business. Last year, McBride Sisters Collection sold nearly 100,000 cases, putting it in the top 3% of the nation’s wineries. Today, 90% of their staff are women and more than half are people of color. Up next: canned spritzers, slated for this summer. (For more, see our online story.) 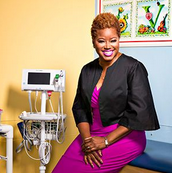 Back in 2007, Dr. Gentles, who had worked at Texas Children’s Hospital, teamed up with Bryant, a friend from church who had worked as a consultant on technology implementation and training, to start an urgent-care center just for kids. Today, NightLight Pediatric has eight pediatric urgent-care locations, with 130 employees (80% of whom are people of color) and revenue of $11 million last year. An alum of our 2017 Small Giants list, the company remains entirely owned by its three founders. (For more, see our online interview with Bryant.) 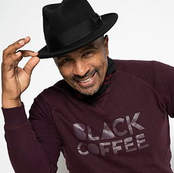 Konte founded Red Bay six years ago, and expanded it to include five Bay Area cafes and robust corporate sales. Since March, the pandemic has taken a toll. Though Red Bay’s coffee roastery is running, its cafes had to shut down and it lost lucrative contracts to supply the offices of Facebook, Twitter and Airbnb. Fortunately, its wholesale and retail businesses spiked between March and May. Awareness that Red Bay is a black-owned business tripled online sales in the first three days of June, says Konte, 53. “People want to support us in these times,” he says. A visual artist and former activist who organized protests in San Francisco following the 1991 beating of Rodney King, he says he’s inspired by the Gandhi quote, “Be the change you wish to see in the world.” Pre-pandemic, he had 60 employees, all of whom were of color, including 25 people who were formerly incarcerated or who grew up in foster care. His headcount has shrunk by half. “We had to make some painful and drastic cuts,” he says. (For more, see our online story.)