'The restaurant was her life': mary everett, Owner of Berkeley Everett & Jones, has died

Mary Everett, who owned and operated the Everett & Jones barbecue restaurant in Berkeley, has passed away following complications due to COVID-19. She was 65 years old.

“My mom has passed the baton to us, so we just got to keep running and just keep it going,” Shamar Cotton told SFGATE.

Everett died Sept. 25 at Kaiser, as first reported by Berkeleyside, just months after her sister, Dorothy King, died earlier this year from breast cancer. King owned and operated the other two Everett & Jones restaurants in Oakland, which includes the location at the entrance of Jack London Square.

In an interview with SFGATE, Cotton expressed reverence for his late mother, who treated the staff at Everett & Jones as her own children. She’d often tell employees, “I’m here for you if you need,” Cotton said, while many of her staff lovingly referred to her as “mom.” Cotton says that Everett would regularly give meals to homeless people or to folks who were down on their luck.

“She loved to give,” Cotton said. “She always told me, ‘You help those that are less fortunate when you’re able to. It’s not on us to judge.’ My mom would also have us take a bunch of pans of barbecue to funerals. She’d see a funeral in a newspaper and take them a tray of ribs, even if it was just for 10 people.”

Her generosity could often be seen outside the bounds of her restaurant. On Everett's birthday, she would host parties and ask her guests to bring toys to give to children at local toy drives in lieu of gifts for herself. 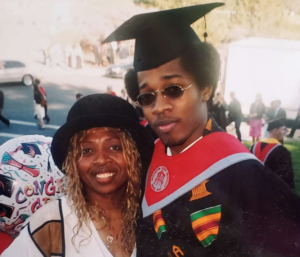 In 1973, Dorothy Everett, Mary’s mother, opened the first Everett & Jones restaurant at 9211 E. 14th St. with the help of her daughters and her son-in-law. Best known for its signature homemade beef links and oak-smoked brisket, Everett & Jones gained a loyal following and eventually, Dorothy opened a second location in Berkeley at 1955 San Pablo Ave. the following year. Mary became the owner of Berkeley’s Everett & Jones branch by 1982 when, at the time, six restaurants were divided amongst the family.

Cotton said that he and his siblings, Terrell Cotton and Rolanda Cook, will continue to operate the Berkeley restaurant, while his cousins continue to run the Oakland stores. He said he feels honored to continue the family tradition and hopes that he can instill the same work ethic and compassion his mother had onto the next generation.

“The restaurant was her life,” Cotton said. “It’s up to me to carry on the business and teach my daughter how my mother taught me.”