A jury in Virginia has found a group of white nationalists who organized the deadly "Unite the Right" rally in Charlottesville liable of engaging in a conspiracy ahead of the violent demonstration, awarding the plaintiffs who brought the case more than $25 million in damages.

But after three days of deliberation, jurors could not reach a verdict on two separate federal conspiracy charges over whether organizers conspired to commit racially motivated violence or whether they had knowledge of it and failed to prevent it. Both felonies fall under a federal civil statute known as the KKK Act. 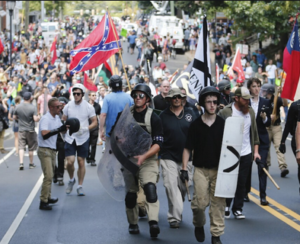 Racist right-wingers at 2017 rally in Charlottesville

Richard Spencer, Jason Kessler and Christopher Cantwell and other white supremacists and neo-Nazis, were ordered to pay the nine plaintiffs in the civil trial millions in compensatory and punitive damages for physical and emotional injuries.

"We are thrilled that the jury has delivered a verdict in favor of our plaintiffs, finally giving them the justice they deserve after the horrific weekend of violence and intimidation in August 2017," attorneys Roberta Kaplan and Karen Dunn, said in a statement.

They added: "Today's verdict sends a loud and clear message that facts matter, the law matters, and that the laws of this this country will not tolerate the use of violence to deprive racial and religious minorities of the basic right we all share to live as free and equal citizens."

The plaintiffs — all residents or former residents of Charlottesville — sued a group of two dozen white nationalist activists and organizations in federal court. They alleged that the organizers and participants of the rally conspired to commit violence and interfered with their 13th Amendment right to be free from racially-motivated violence. 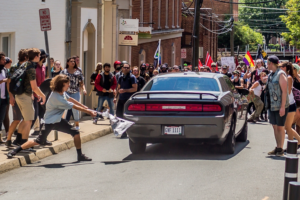 Over the course of the two-day rally in August 2017, neo-Nazi James Fields Jr. drove his car into a crowd of counterprotesters, killing Heather Heyer, 32, and injuring dozens of others. Four of the plaintiffs in the lawsuit say they were hit in the car attack, while others say they continue to suffer from deep psychological distress from the incident.

Almost half of the damages awarded by the jury was against Fields, who is now serving a life sentence for murder. He was among those named in the lawsuit as defendants. Kessler, a main organizer of the rally, was also named. Other well-known white nationalists and white supremacists including Spencer, Cantwell, Andrew Anglin, Matthew Heimbach and others were also named as defendants.

The nonprofit Integrity First for America backed the plaintiffs in the lawsuit.

The plaintiffs alleged that the nighttime march, where some 300 white supremacists held lit torches, was meant to evoke fear similar to Ku Klux Klan and Nazi marches. At one point, white supremacists encircled counterprotesters and some clashes occurred. Some of the plaintiffs were present and say they were terrified for their lives. 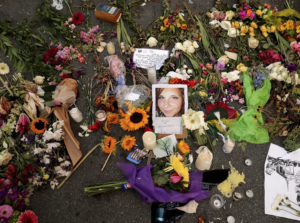 Flowers, candles and chalk-written messages surround a photograph of Heather Heyer on the spot where she was killed and 19 others injured when a car slamed into a crowd of people protesting against a white supremacist rally, August 16, 2017 in Charlottesville, Virginia.

The Charlottesville residents sought $7-10 million in damages, while others involved asked for $3-5 million.

The defendants tried to distance themselves from Fields in testimony, and said they engaged in violence only when they were attacked.

They also said their language on internet forums and chat rooms was hyperbolic and protected by the First Amendment.

"The bravery of the plaintiffs and the horrific injuries that many of them suffered don't prove a conspiracy," defense attorney James Kolenich said in his closing argument. "They've proven to you that the alt right is the alt right. They're racist. They're antisemites. No kidding. You knew that when you walked in here."

Spencer, who represented himself, called the trial a "weapon against free speech."

Lawyers with the plaintiffs have acknowledged one of the goals of the lawsuit was to diminish the ability of white supremacists to spread their message and influence by draining them financially.

"We know that we can really bankrupt, disrupt and dismantle hate groups and their leaders through civil litigation," Amy Spitalnick, executive director of Integrity First for America, told NPR in October.