John Burris casts a long shadow both in person and in civil rights law. In 2005 and 2009 he was named one of Californias leading 100 attorneys by the Los Angeles and San Francisco Daily Journal. Two years later, the American Trial Lawyers Association tapped him as one of Californias top 100 trial lawyers. The National Bar Association, the nations oldest African American Bar Association, has awarded Burris their C. Francis Stratford award, the highest for legal excellence. 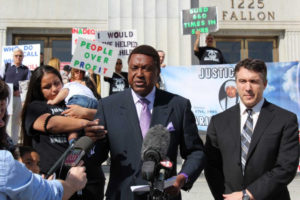 In over three decades, the Oakland civil rights lawyer has heard it all. Hes been called a leech and a hypocrite, a hero and a champion of the underdog. Hes been caricatured by some as a race-baiting advocate for the bad guys, but others say that is misleading. Hes a great guy to socialize with. But if you're a police chief, you don't want to see John in your conference room, Ron Davis, a twenty-year veteran of the OPD and now chief of the East Palo Alto Police Department told California Lawyer magazine. To respect John Burris is to respect the system. Hes a necessary and critical part of the criminal justice system. 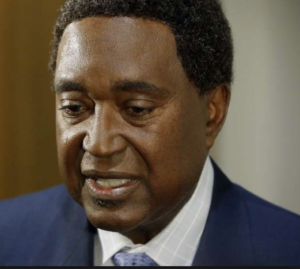 John Burris didn't start out to be a high-profile civil rights attorney. Instead, he started off his professional life as an accountant. It was his uncles idea. John was good with numbers, but in 1963 young African Americans were seldom encouraged to consider college. Certainly he was bright, but no one in his family had ever been to college. John wanted to go, and his family encouraged him. These were all uneducated people, he says of the older generation of his family. I don't know if any of them even had a high school diploma. They were just share croppers. They came to California and they just worked.

His first step towards higher education was in community college as an accounting major, with plans to a State school. It was his business administration professor who convinced John that Golden Gate was a better option. The campus was still located at the YMCA on Golden Gate Avenue, and had built a strong reputation as offering one of the states top accounting programs. I looked into the program and was a little surprised when I found out more about it, so I went to Golden Gate. School was good for me. I learned a lot and interacted with different kinds of people, although they all wanted to be accountants and most wanted to work for one of the big firms. Burris was no different. Soon he got his chance to fulfill that objective when Haskins & Sells, a large CPA firm in downtown San Francisco hired him. 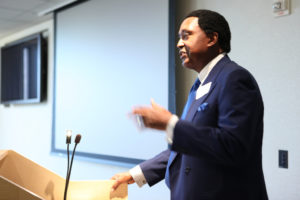 "Eventually, I admitted that I did not enjoy accounting," Burris says, "and I realized it was not the way I wanted to live my life." After resigning from his two-year career as an accountant, Burris enrolled in the MBA program at the University of California, Berkeley. It seemed as good an option as any. Before leaving Cal, Burris would receive not only his MBA, but also a JD from Boalt Hall, the school of law at UC Berkeley. Since then, he has been prosecutor in such high-profile cases as the Rodney King case, the Oakland Riders scandal, and most recently, the Oscar Grant shooting.

Since 1985 Burris has had his own firm specializing in civil rights cases. "I wanted to strike out on a different course, one that could make a difference in ways beyond the case itself," he says. "Police litigation turned out to be best for me. Very few people care about what happens to black people in the criminal justice system. No one focused on those issues, and I felt pain because there were black guys who had no place to turn until I started to fight for them. I was angry about the perpetual injustice toward African Americans I saw in the criminal justice system. I had passion about how I wasn't going to let [them] get away with it. I thought: They have to come through me now."

Burris has become a local legend, providing legal commentary and analysis on controversial issues. His wish of effecting real change has come true, most notably with the Oakland Riders class action that started significant reforms within the Oakland Police Department. The book details Burriss ideas on how to improve the quality of policing. Ironically, within months of the books release, he became involved in the Oakland Riders case. "I knew immediately that this was the case, that my firm could do what wed been thinking about doing all along," he says. "And we were right; it turned out to be a remarkably important case."

"It is unheard of for a private lawyer to use a case to revamp and reform and at the same time change their culture," Burris explains. "This case is important because it brings about social change, and people are going to be affected in a very positive way. We negotiated a settlement agreement that got a lot of money for people and a series of reforms. Some of the reforms being implemented were ideas taken from my book." 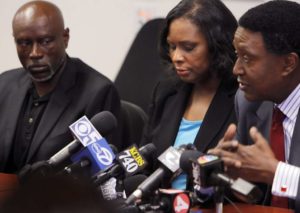 Burris shows no signs of slowing down his practice for retirement, although he says the years have mellowed him somewhat. "When I was a young lawyer my attitude was, don't screw with me," he says. "Now its 'We can talk about this.'" He tries one to three cases a year and settles another ten to fifteen, balancing police-misconduct work with employment discrimination cases, or the occasional criminal case.